The random distribution, for Density, Poisson, Shear Modulus and Damping, can be:

There are many types of spatial variability, but all refer to the following formula:

The parameter according to numerical value of XRND it is into the range is calculated: 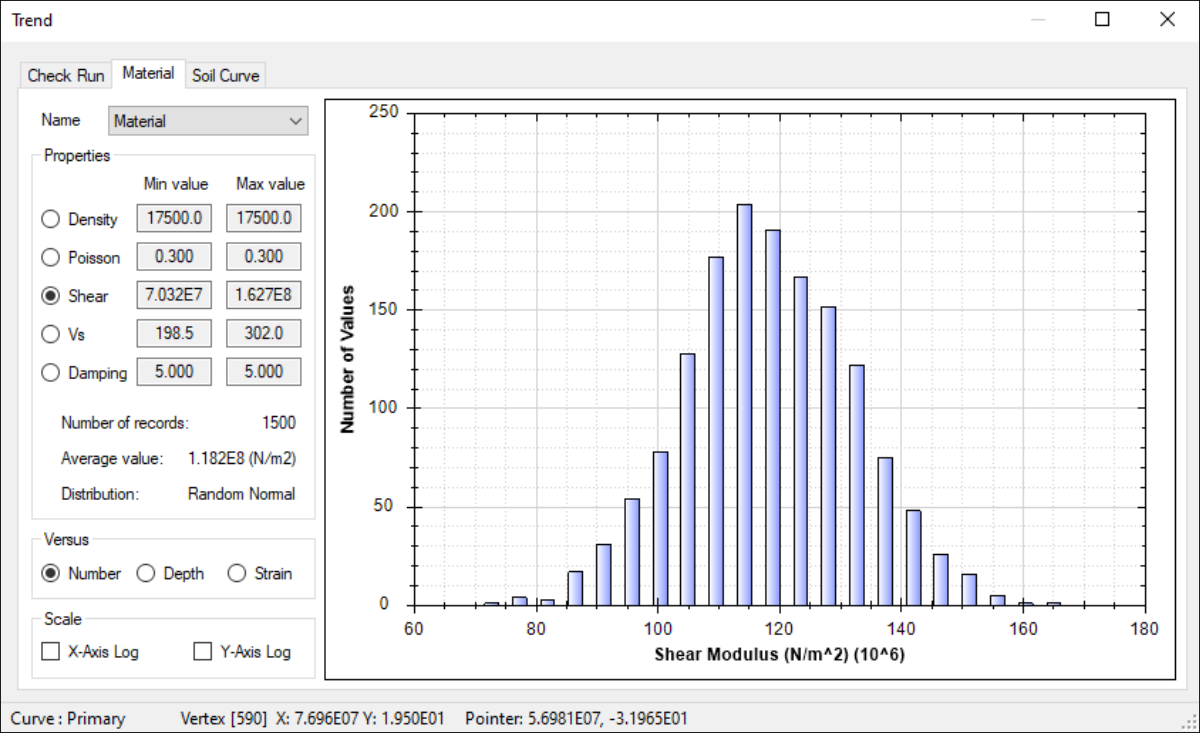 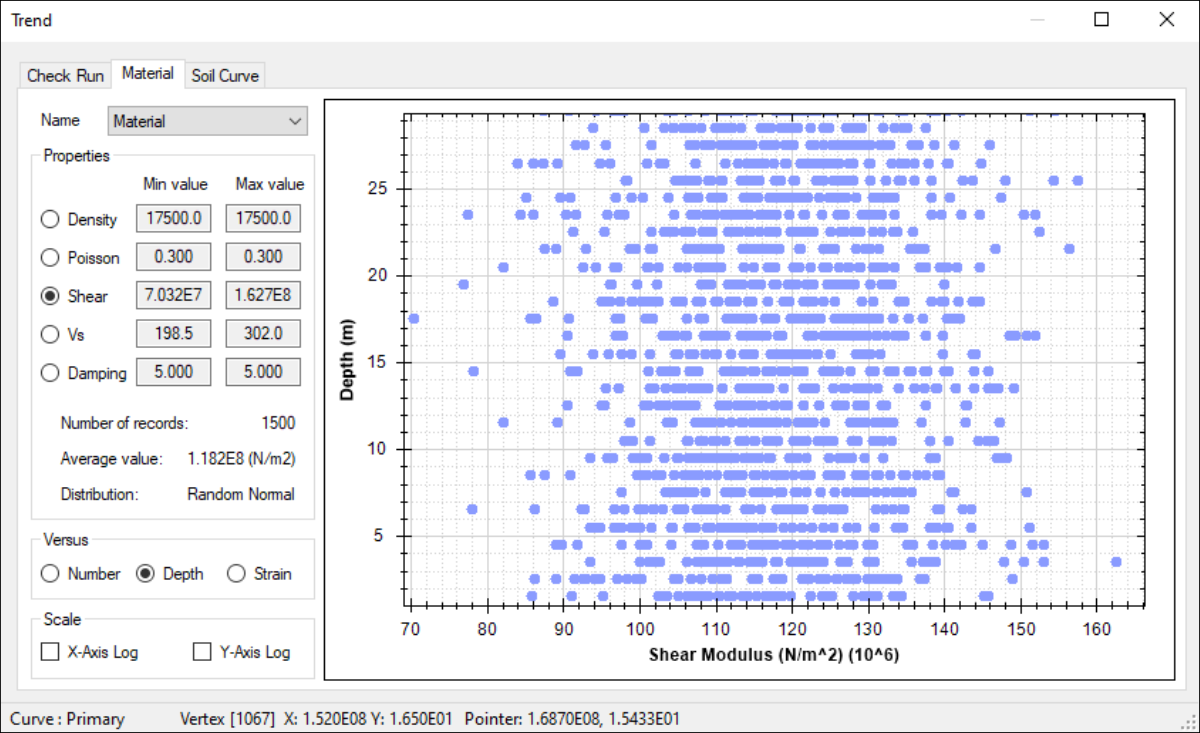