On the grid is possible to constrain the movement of each node along the axis "X", along the "Y" axis and simultaneously in the direction "XY". In this way to be block the motion of a single node with respect to a predetermined direction. Boundary conditions (x, y, xy or transmitting base) and Dynamic load (x, y or xy). All nodes of the grid are initially free to move in both the X and Y direction is (default condition).

In the two-dimensional model the artificial reflections of incident waves are minimized in accordance with the procedure Lysmer and Kuhlemeyer, 1969 (Manual Quad4M) using a viscous boundary absorbent (dashpots), where the nodal velocities are calculate in function of the input velocity and the input acceleration is converted to an input force. 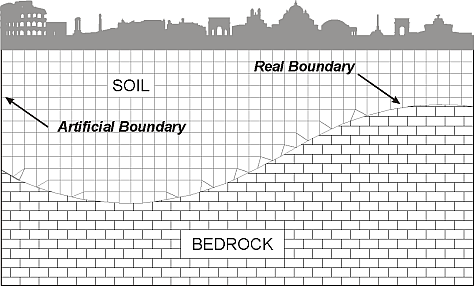 The implementation of these procedure expect only base dampers because it is a more efficient of the side dampers. Increasing the later extension of mesh can minimize the reflection at the side boundary. In alternative (but less efficient) it is possible to use the "fixed vertical/free horizontal" node boundary or the "fix vertical and horizontal" node boundary. The "fixed vertical/free horizontal" boundary is preferred only with a horizontal component input motion applied. The procedure for base dampers adapts the forces in x and y direction as a function of speed of movement of the specific node. When use a Trasmitting Base boundary, the input motion is applied such as a function of the material property of the half-space below the mesh, of the properties and geometry of the mesh. The choice of the flexible half-space is right when the input motion represent outcrop acceleration. 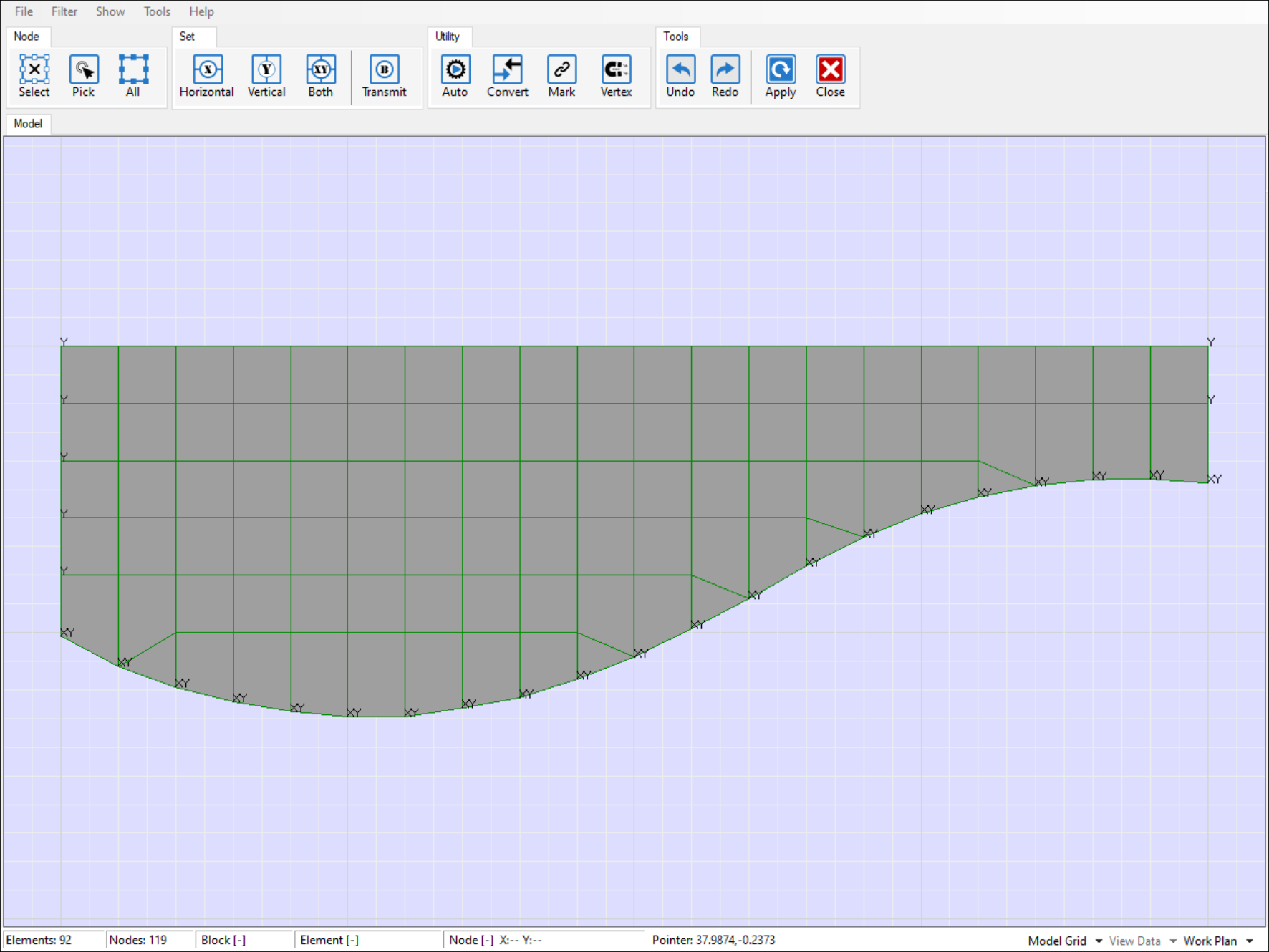 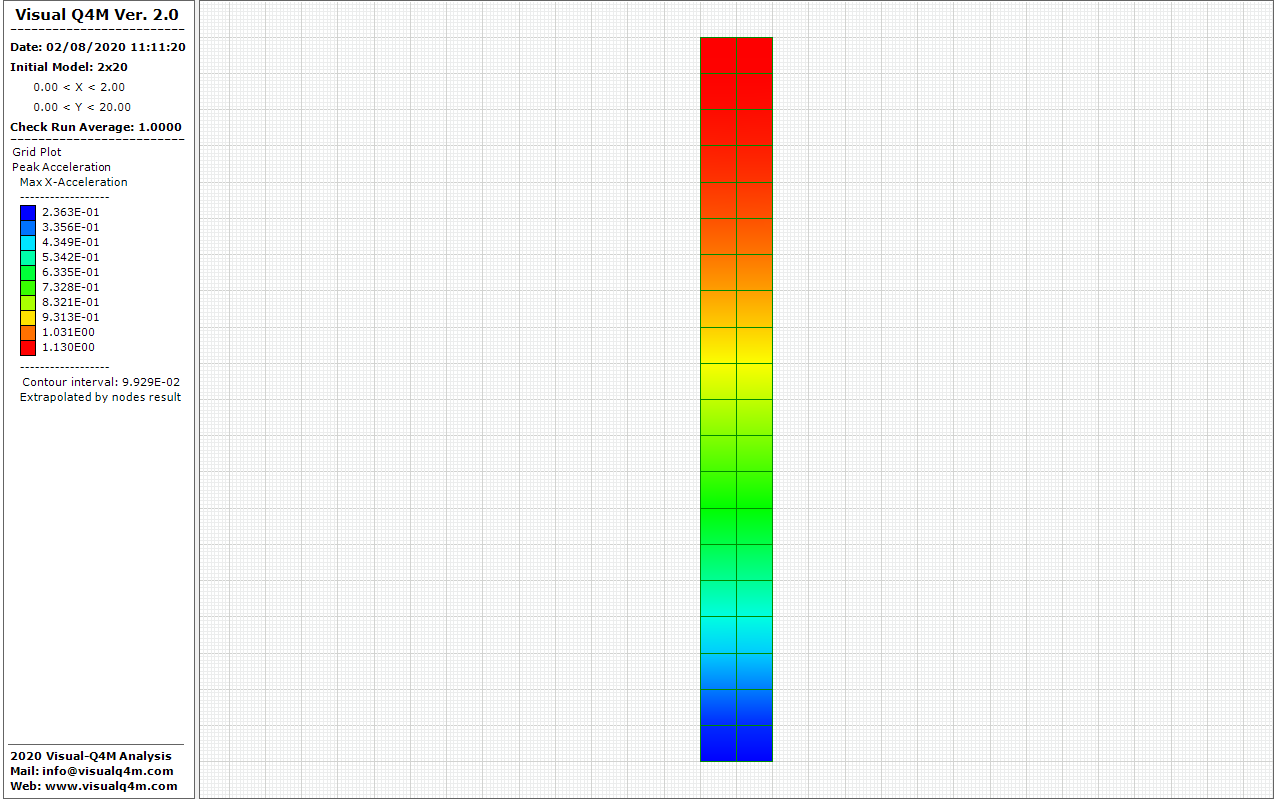 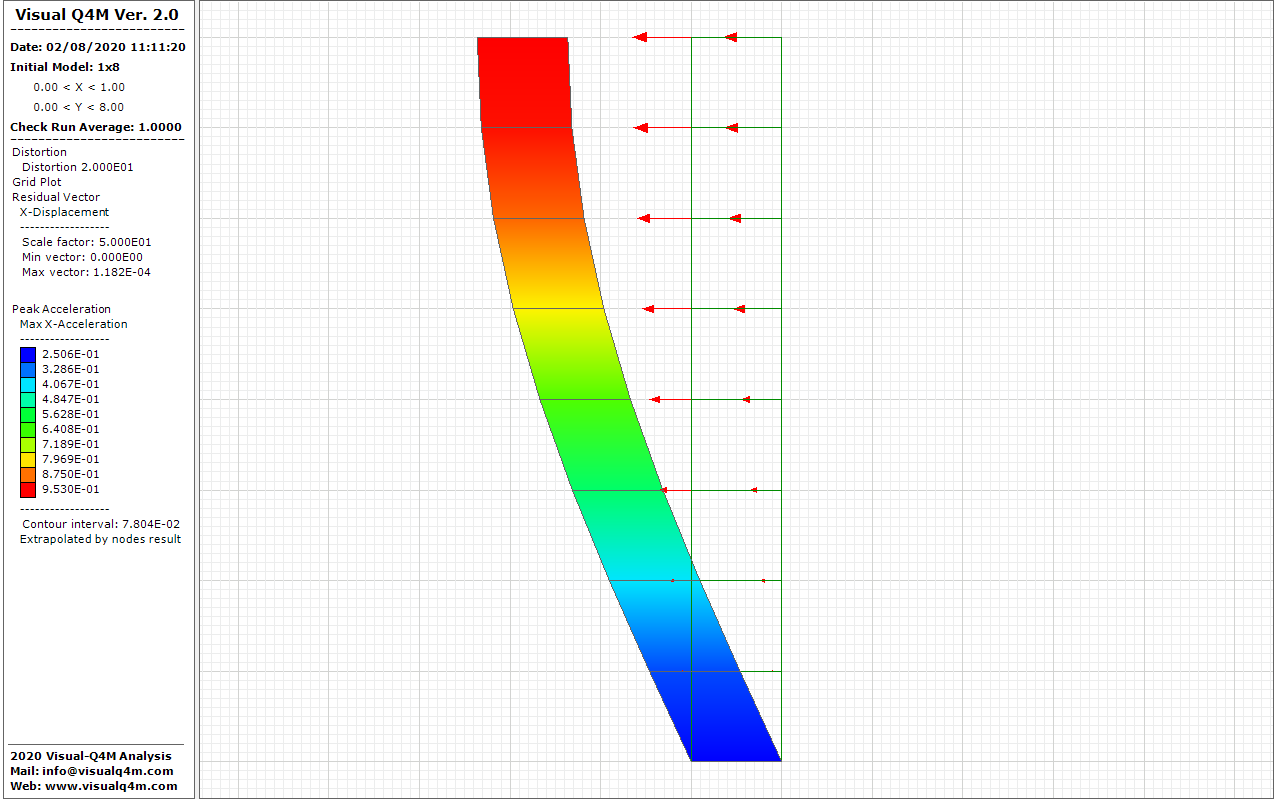 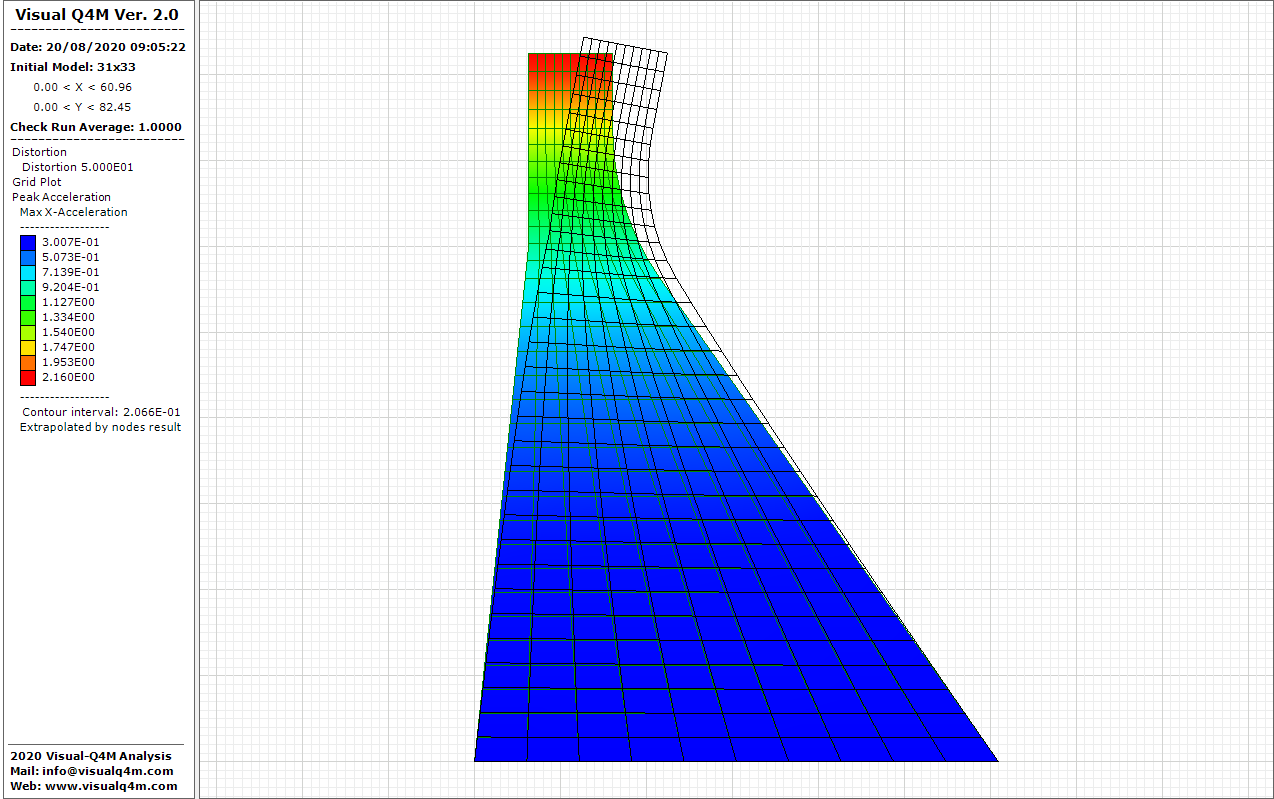 Acceleration peak on the slope 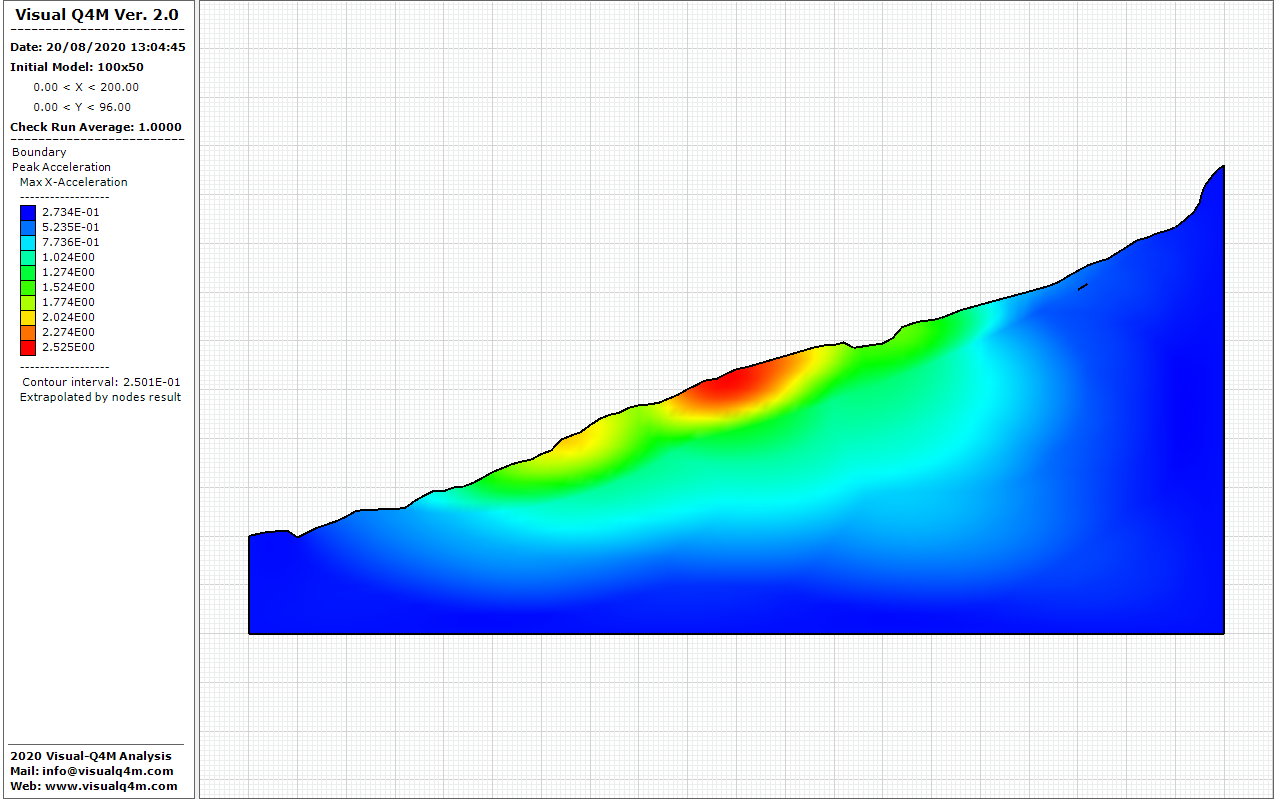